by Jody Bigfoot and Tandaro 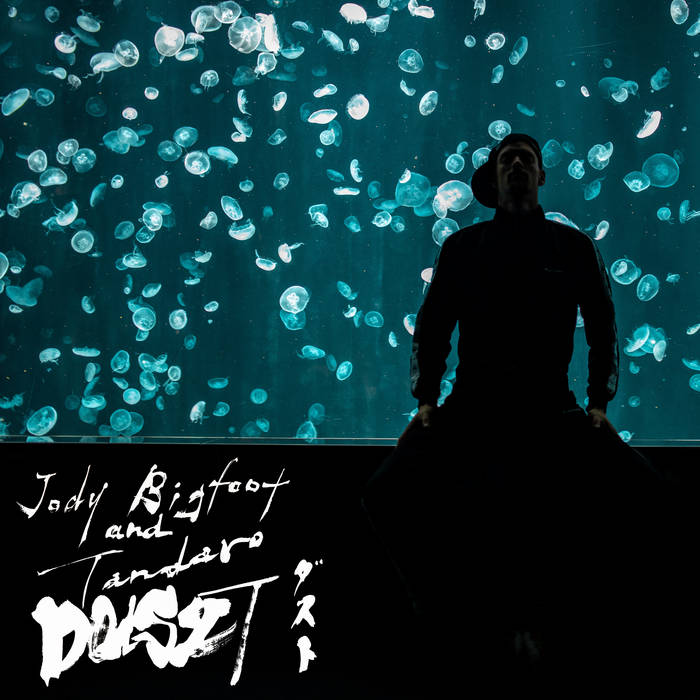 Duszt is a twelve track ‘conscious trap’ album with accompanying feature length music video, filmed on location in Japan, inspired by concepts of Daoism, Zen Buddhism and classic Japanese directors such as Akira Kurosawa and Kitano Takeshi. Jody Bigfoot is attempting to keep alive the rebellious roots of hip hop whilst sprinkling it with the encouragement for spiritual growth he strongly believes is needed for humanity to find its way out of the chaotic predicament it’s currently in. Exploring subjects ranging from ego in rap, the daily grind of the rat race, the irony of colonizing mars before saving our own home, destiny and Dao amongst more. The film embodies a yin yang, with the first half filmed at night in urban landscapes and the second, filmed at day in Japan’s serene countryside and temples with a dot of the opposite starting and ending this structure. The album and movie are designed to uplift it’s audience and invite them to question what it means to be alive inside a system that is harming its inhabitants and threatening the very life of its host.

The release of Jody Bigfoot’s striking debut album Duszt represents something of a samsaric loop – a zen-like full circle marking the death of his previous group Trinity Lo Fi, and rebirth of a solo career. In 2012 Bigfoot lived in a tiny apartment in Japan, riding his mamachari (Japanese style bike with a basket) around the city filming music videos and honing his editing skills. During this time some of the first Trinity Lo Fi verses were put down on Helgeland 8-bit Squad’s unique laptop reggae riddims. When he made it back to the UK Bigfoot teamed up with Zico MC a childhood friend and local prodigy on the mic. Six years and five albums later, Bigfoot found himself back in Japan, shooting the feature-length music video for Duszt. How fitting that it’s replete with imagery of repeating cycles like the Japanese calligraphic symbol, the enso. Bigfoot and Zico are going their separate ways, concentrating on solo projects, while the former also prepares to launch a new hip hop group Lucid Giants with Nobull (of North East local legends Verbal Terrorists).

The story of Duszt itself begins in a random reggae Facebook group where Bigfoot posted a request for contacts in Jamaica or California whilst in the midst of applying for a Canadian work visa. The plan was to save up in Canada and make some kind of musical project in Jamaica, but after linking with Tandaro in said group, the forking path of fate diverged. The pair began collaborating on digital reggae songs but when Tandaro visited the UK to go to Notting Hill Carnival with Bigfoot, he showed Bigfoot some of the modern trap and hip hop coming out of America. Artists like Post Malone, Future and Germany’s Trettman rapping on the new wave of trap instrumentals interested Bigfoot but he was disappointed in the generic nature of a lot of the beats, and their basic lyrical content. After making many niche genre albums and feeling like the message in the music wasn’t reaching as many as it could or should, Bigfoot proposed scrapping the obscure 8-bit reggae hip hop and making a more artistic, nuanced and thought-provoking trap album.

Soon after Notting Hill, Bigfoot flew to Canada to climb and cut some of the world’s biggest trees. As Tandaro kept drafting beats to continue what was started in the UK, Bigfoot would stay up late in his solitary shack in the woods, trying to etch out a new style and path. Halfway through the year, Bigfoot changed jobs, moving to some of the last ancient rainforest in British Columbia to work in North America’s most expensive resort and birthplace of ‘glamping’, a dichotomy of pristine nature and hedonistic capitalism.

Aside from the phenomenal natural beauty surrounding him, and providing immense inspiration to finish the songs for what was now called ‘Duszt’, Bigfoot also expected to receive a healthy tip check from the customers who attended the resort. The serenity of his current environs jarred against the thronging metropolises of Japan, yet its contrasting landscape and culture began to call him back. Pre-empting being the richest he’d ever been, Bigfoot dropped the idea of Jamaica and planned to blow it all on a trip to Japan with a regular collaborator on Trinity Lo Fi videos, Jonjames Oxberry-Hogg and produce a feature-length, continuous music video for the album.

The pair began filming almost the minute they touched down. They maintained that momentum for the entire two months, sometimes out of the house for 36 hours at a time with no sleep. Duszt was mostly shot in the suburbs of Osaka, with trips to the temples and rural regions of Kyoto as well as a week in Tokyo where they met up with local artist, Pakin to get his shots for the opening track and a unique spanish flutist that provided the haunting accompaniment to the intro track “Hataraite” (Work).

There were more travails to come in post-production. Kid Eastah, another local artist featured in the opening track had to have all of their shots removed from the movie as they entered into the Japanese corporate world which frowns upon people having their faces on YouTube and the public sphere outside of their profession. This presented a serious headache given his prominence in the shoot. The new cut evokes a fittingly empty feeling, focusing more heavily on the Japanese commute to work, the very same machine that forced Kid Eastah’s removal from the film in the first place.

But listeners to the album and viewers of the accompanying film will surely agree that the travels, tribulations and time poured into this project have been truly worth it. Duszt in both its iterations is a polished and poignant work of art, a claim that can’t be made by many fully self-financed trap albums. Duszt reflects the purity of thought and poetic synergy that occurs with a completed cycle. And it lays the roots for an exciting new journey of musical discovery. The cycle starts again...

Cast in order of Appearance

All tracks Mastered by Tigermoth at Satori Mastering

Trinity Lo Fi was a groundbreaking 8-bit reggae hip-hop group formed in Newcastle UK. After dissolving as a group it has become a record label, launching with Jody Bigfoot's debut solo project Duszt. A 12 track visual album filmed on location in Japan... ... more

Bandcamp Daily  your guide to the world of Bandcamp

Featuring appearances from Kari Faux, Bluestaeb and and interview with NY-bred artist Wiki